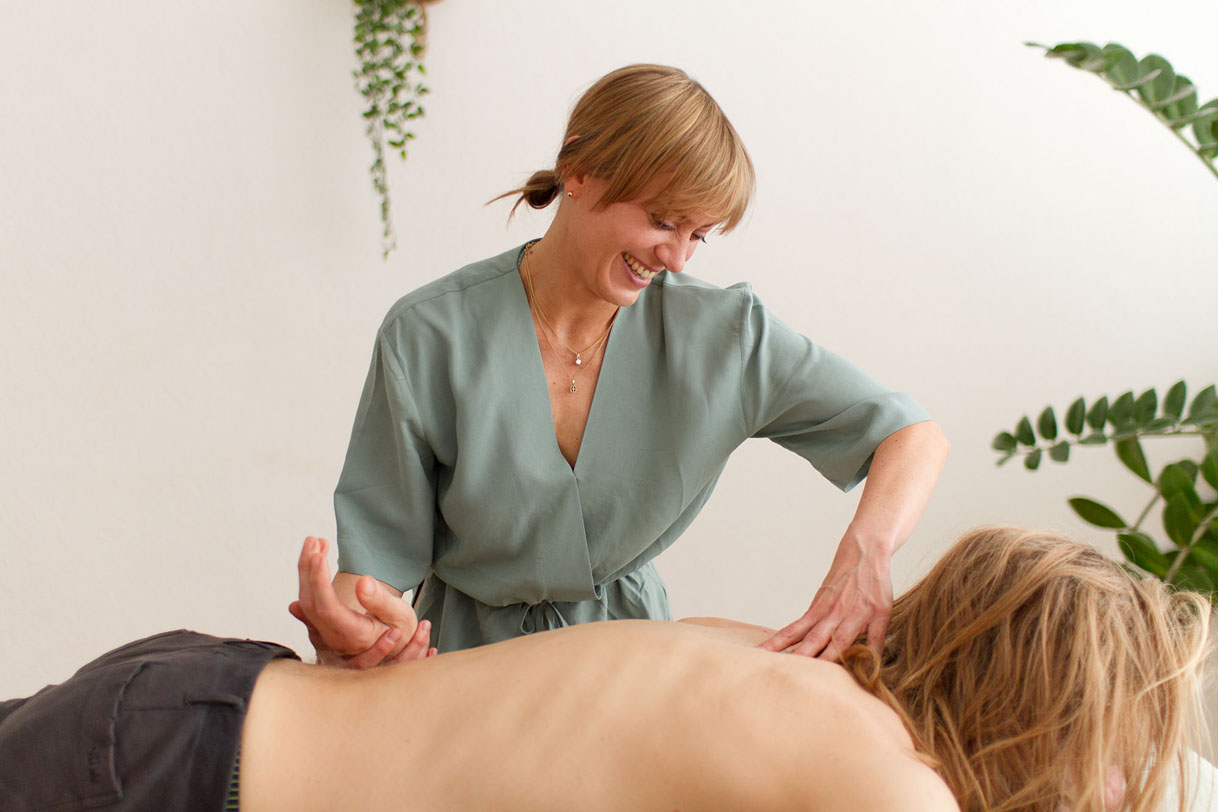 I grew up in the German Alps (a picturesque town called Berchtesgaden in Upper Bavaria) where next to my academic career I nurtured my passion for snowboarding and for a long time I was able to turn the gloomy, dark and cold winter months into a blissful second summer.

Until 2012 – when I had an accident – which resulted in major restrictions in daily routine affairs and quitting snowboarding altogether. I felt seriously let down by my body and its uncontrolled shots of pain. My knee and me we were no longer friends and with countless failed treatments the winters became dark and gloomy again.

Just before giving up (it is darkest before it’s dawn) I discovered the somatic therapy and it had such a profound impact it changed my life forever:  After 3 months my knee recovered 80% and after just one year it was back up to 100% – I was blown away by how quickly my knee recovered!

My body was frozen, paralyzed, traumatized!

However in a safe and trustworthy setting the blocked energy was able to flow again, the body’s self healing powers were activated and my body was finally able to heal!

“Symptoms of trauma are created when after the traumatic event the excess energy is not entirely released. It results in a dysregulation of the nervous system which can result in all kinds of disastrous effects on the body”

WOW, very much impressed by the quick recovery I wanted MORE- and MORE was being offered:

✔ My overall wellbeing has improved by 300%!

✔ I am committed to a daily maintenance program which guarantees a good night sleep,  minimal PMS, rare intake of pain killers and quick recovery from any physical or emotional challenges.

✔ I am not only taking regular snowboarding trips again but I also expanded into other action board based sports such as splitboarding and wakeboarding!

✔ I nurture multiple streams of income that best use my abilities and unique gifts which let me be of service to others while enjoying an abundant life with grace, ease and fun.

As embodiment coach and trauma informed therapist I am passionately committed to supporting individuals to get quicker results in transforming anxiety, physical fatigue and mental exhaustion in order to thrive in the here and now.

I am interested in what happened to you rather than what is wrong with you!

More about my work